Smart city from below: Sovereign citizens through digital participation 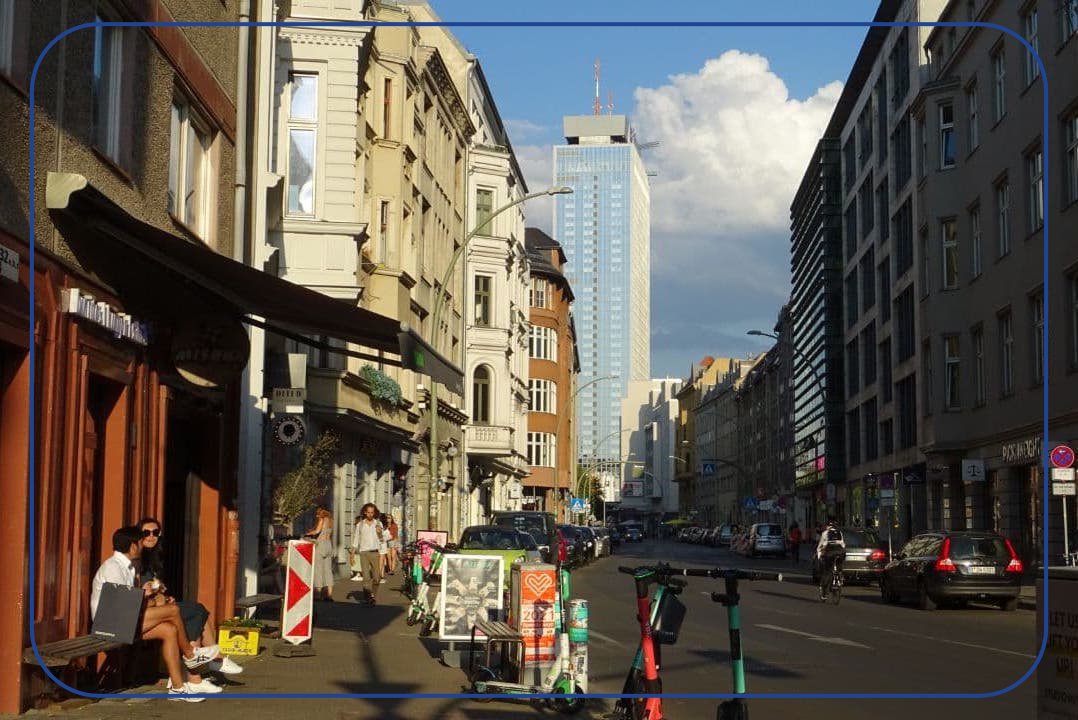 When it comes to urban data use, many debates are dominated by abstract notions of the smart city. Dystopian examples of data use, such as China’s social credit system or non-transparent and purely profit-oriented data trading by large corporations in many countries, are what scare citizens instead of giving them the courage to change through digitization. Our plea is therefore: A smart city must be designed with the ideas of its citizens – not over their heads. It is crucial to actively and transparently involve citizens in the processes of strategic data use.  This is the only way to strengthen the trust of individuals in municipal institutions and their democratic nature. In an open, liberal society that is increasingly digitized, even the smallest part of this society should have the opportunity to help shape urban development “from the bottom up” within the framework of digital participation.

What is digital citizen participation anyway?

Citizen participation in general refers to the involvement of citizens in shaping the community. In Germany, citizens have been involved in public decision-making in various ways since the 1970s.

Today, the call of the population to have a say is louder than ever.  In some areas of urban design, citizens’ will already plays a pioneering role. It is particularly often queried in real planning and construction processes, also against the backdrop of recent construction disasters – for example, Stuttgart 21 or Berlin’s BER airport. Since the 2010s, cities have increasingly offered the possibility of involving citizens in the decision-making process online via app or browser by means of eParticipation platforms. But it is not only in this form that digitization is paving new ways to motivate more people to participate in shaping the digital and real community.

What forms of digital participation are there?

The field of digital participation is still young. “Classic” formats are the municipal e-participation platforms for urban development already mentioned above. For example, Berlin has set up the platform “mein.berlin.de” together with the Liquid Democracy association, or Hamburg has set up the platform “DIPAS” (Digital Participation System) together with HafenCity University. Such platforms include functions such as crowdmapping (map-based collection) of ideas or problems, as well as participatory budgeting, location-based surveys, interactive events or joint brainstorming. More innovative forms of eParticipation platforms also offer opportunities to plan buildings and neighborhoods in a simple and entertaining way through playful elements (“gamification”). For example, the website “Streetmix” allows users to design an optimal street cross-section themselves using a digital construction kit – or to redesign their own neighborhood in 3D using the “U_CODE” (Urban Collective Design Environment) platform.

Another form of digital participation is community or citizen apps. An example of these is Fraunhofer IESE’s platform “Digital Villages” – a large package of apps, platforms, and websites for digital village communities. Functions include a topic-based chat room with a search function (village radio), a newsroom with a citizen reporter function (village news), or a local online marketplace, similar to Ebay classifieds, with a voluntary neighborhood delivery system. The “digital” serves as an incentive for using the app, which can be used as currency at participating stores, for example.

In addition to active digital participation, crowdsourcing of data has developed. In the urban context, it means that citizens (“the crowd”) collect data themselves for a specific purpose. The group “goodcitylife” from London, for example, collected data together with volunteers within various projects in order to develop maps that depict the emotions of citizens (“Happy Maps”) or their sound experience (“Chatty Maps”) in the urban space. In the “meingrün” research project, the Leibniz Institute for Ecological and Regional Development, the city of Heidelberg and the city of Dresden have also developed a routing app that shows the best nature experience instead of the shortest route. The app is constantly being optimized with data from citizens themselves.

What data & information is created through digital participation?

Data generated by digital participation is diverse. In contrast to sensor data of a quantitative nature, qualitative data in particular is generated – i.e. data on perceived local qualities such as background noise, accessibility, individual feelings of safety, environmental influences such as heat or cold, stench or dust. Tracking data from cyclists or passers-by on their own routes or self-developed 3D models for urban design can also be generated. Crowdmapping and surveys are used to generate maps or lists of local needs of citizens. In addition, chronicles and image galleries are possible that reflect, for example, the social life in a neighborhood, local art or cultural projects. Such data are much closer to the reality of citizens’ lives than sensor data and thus have a direct impact on the local quality of life. Currently, however, they are not collected systematically or comprehensively, as they are usually only generated on a project basis and for a limited period of time.

How can citizen-generated data be exploited?

Citizen-generated data can be processed and published once. However, they become particularly interesting when they are also linked, analyzed and interpreted. In this case, linking quantitative sensor data with qualitative participation data, for example forecast models in traffic planning supplemented by “soft” factors from pedestrians, can help to make a model more realistic overall. Images of the street space classified by humans can in turn help AI algorithms to classify soft factors in urban life and thus bring these algorithms one step closer to the reality of citizens’ lives. Another exploitation possibility is to integrate the located citizen needs, for example, into municipal BIM (Building Information Modeling) models or development plans, so that urban planners can plan in a seamlessly integrated way.

How can citizen-generated data be integrated into a smart city ecosystem?

There are already numerous projects that collect citizen-generated data and utilize it (for a limited time). However, in order to use this data permanently and continuously for a public good-oriented urban development, it must be linked with other data and put into context. Open Urban Data Platforms, for example, can take on this task, breaking down data silos here as well. Another aspect of success for digital participation is the creation of appropriate municipal governance structures. However, it is also important in the future that participation does not take place solely in the digital space, but that any participation mechanisms are seen as complementary to existing formats. The focus is always on creating transparency, comprehensibility and trust for citizens in the context of shaping a city for all.

If you have any further questions about the topic or the article, please feel free to contact David Hick!