Back to blog
Blog, community, News
| 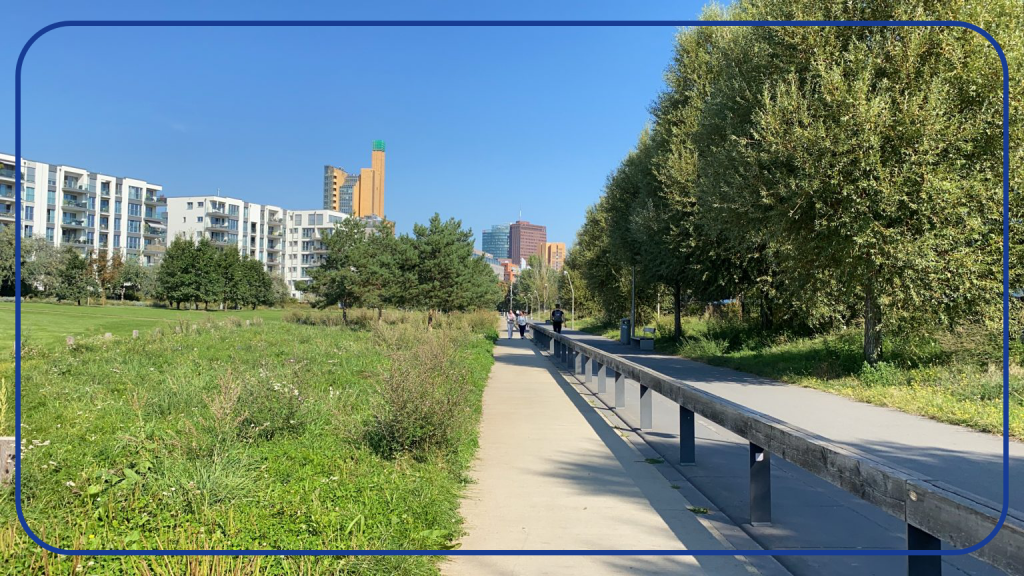 Soon, the web portal DKSR.square will be available to all municipalities that want to use urban data to shape urban development in a sustainable, smart, and community-oriented way. What is behind the portal? We take you on a little excursion to the upcoming release of our square!

We all know the success story of the iPhone, but only very few know that the first iPhone was not a real success. Of course it was a success from a technical point of view – but its commercial triumph only began with the iPhone 3. This had two reasons. First, the iPhone 3 enabled faster access to the Internet. But much more important to its success was the App Store: a place where users could download applications and more, and customize their smartphone functionality as they saw fit. However, these applications did not come from Apple itself – Apple only provided the application basis in the form of hardware and operating system in order to open the system to external companies at that time. They used this to offer their own apps. Today, the variety of apps ranges from WhatsApp to Komoot to Spotify. The iPhone was an enormous success not only for Apple, but also for the companies behind its applications. Some of them have developed into multimillion-dollar corporations. In the meantime, Apple’s openness has been topped by Google with its Android open source system – and it has clearly overtaken Apple in terms of market share. One study puts the number of apps in the Google Playstore at just under 3.5 million in the first quarter of 2021. All of these apps have only been created with interoperable operating systems – and everything from banking apps to navigation programs to health apps are included.

But DKSR is about community-driven urban development, after all. Why are we even telling this story?

The success stories of Apple and Google show how promising it is in the era of platform economies to open up one’s own systems to third parties. Exceptionally vertical business models are increasingly becoming a thing of the past. With their standards, clear rules and high interoperability, these platforms provide the best basis for new applications to emerge: Open source and open standards can thus also be described as the basis for functioning digital ecosystems. However, there is no iOS or Android on the smart city market yet. What is missing is an “operating system” – software as a basis on which everyone can agree.

But we’re not at zero either. Some platforms have already been developed by European initiatives and companies; in Europe, there is also an attempted solution for data standardization through FIWARE, which has established itself for many providers as a fundamental part of their open infrastructure. With Din SPEC 91357 for Open Urban Data Platforms, there is also a first recognized standard that was co-developed by the Fraunhofer Gesellschaft. The aim of the latter is to be “compliant with technical components from different manufacturers”: “This will enable not only efficient exchange, but also uncomplicated use of urban data across different infrastructures.”

However, none of the developments to date has yet caught on and become widespread – even though numerous studies rate urban platforms as elementary to the design of smart cities. For solutions that can be scaled and transferred anywhere, more is needed…

…and this is where DKSR comes in!

DKSR entered the business in 2021 with its Open Urban Data Platform. In discussions with municipalities and municipal enterprises, we have found that the current Smart City market is similar to the mobile provider market at the time of the first iPhone: The well-known Open Urban Platforms are high-performing and ready to go – but none provides an app store. As DKSR, we are already technically and organizationally set up in a way that applications for our platform do not have to and should not come from us, but from a diverse ecosystem of solution providers and partners. But there is not yet a place to easily present these partner solutions to municipal customers. This is why we developed DKSR.square. Just as no one today buys a smartphone just to navigate, another just to play games, and another just to make phone calls, municipal institutions will not want to buy individual vertical solutions in the future, but rather specific applications that can be placed on top of a uniform, horizontal infrastructure.

Of course, DKSR.square is not quite comparable to the classic Appstore. This is primarily because we are not operating in the end-customer market, but in the much more complex market between the public and private sectors. Moreover, this market and its touted applications are still relatively new in the context of urban data: a broad and intensive exchange must first be established – a “buy” button is not enough here. Therefore, DKSR.square has three major features.

For paying members of the Urban Data Community, additional areas and features are available on the square.

We are convinced that with DKSR.square we are closing a major gap to finally scale smart city applications effectively in Germany and throughout Europe. We also know that we are only taking the first step with our square. The goal of this is first of all to make the implementation of the products presented there as simple as possible. To this end, we will continue to develop DKSR.square in close cooperation with cities, local authorities and private companies.

We want to enable cities to save resources by choosing the right applications, to sustainably improve the living space and conditions of their citizens by using the appropriate applications, and to make their contribution in the fight against climate change.

No! As DKSR, we provide both the marketplace and the technology for smart cities with our interoperable Open Urban Data Platform. In order to make all products listed on our portal also usable for our customers and other municipalities with compatible platforms, we reserve the right to only admit companies to DKSR.square whose products are compatible with DIN SPEC 91357 platforms. We have deliberately chosen not to develop and distribute applications ourselves; DKSR takes on the role of intermediary.

DKSR.square is designed to provide cities with the most direct path to implementing digital solutions. We prepare current challenges, identify solutions and design application possibilities for them with real products. Once a project is implemented, we make the results available as an instruction manual for other cities in our community.

DKSR.square is a product aimed primarily at cities and municipal enterprises to facilitate sustainable smart urban design for them. Square was developed in close consultation with our customers, which enabled us to take into account the wishes and comments of municipalities and to integrate them directly.

We plan to continue developing DKSR.square in close cooperation with our municipal stakeholders – and are excited to see what the future holds! We have no shortage of ideas.

If you have any questions about DKSR.square, please feel free to contact Tim Cleffmann at any time.

Contact person for members of the Urban Data Community is Eva Schmitz.